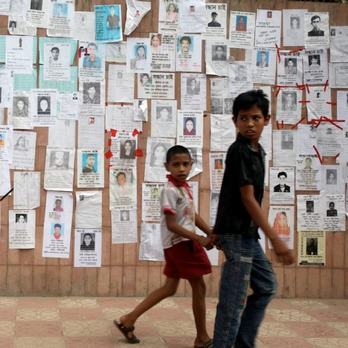 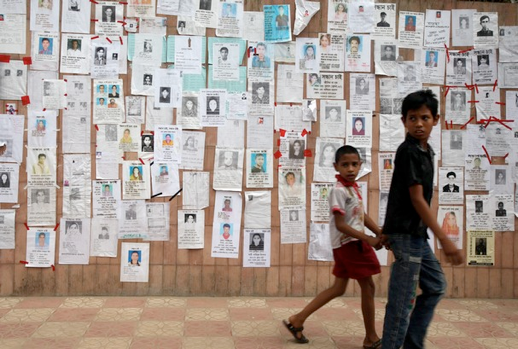 I was getting my coffee one morning when I saw a photograph on the cover of a newspaper that instantly broke my heart. The image was of two boys walking past a giant wall of missing-persons signs. Picking it up, I read the story of the clothing factory collapse outside of Dhaka, Bangladesh, taking the lives of more than 1,000 people and severely injuring thousands more. At the time of the collapse, the factory was making clothes for major western brands. I soon learned that this was not an isolated tragedy.

Growing up in America, I never gave much thought to where my clothes came from. But as I began learning more about the people and places behind the labels in my closet, I was shocked by what I found. Clothing is the most labor-dependent industry in the world, employing millions of the world’s poorest workers, many of which are women. Many of these women are paid less than a living wage, work in unsafe conditions, and are deprived of basic human rights. In addition to the human impact, fashion is now the number two most polluting industry on earth – second only to oil.

Today, we are outsourcing more, consuming more (in the US a 500% clothing consumption increase in the last two decades alone), using more resources, and paying less than we have at any previous time in history. At the same time, there are record high numbers of worker casualties in factories, and a fundamentally unsustainable growing toll on the environment.

What kind of world will we create now that we are beginning to see the cost of our actions? In a time where our impact on people and the world is measured in real time, will we choose to create new systems to alleviate this pressure?

These questions, and the grave implications of the answers, led me to direct The True Cost. A global documentary that explores the fashion industry around the world, examining where we are, how we got here, and how we can create a better future moving forward. For too long now, conversation around this topic has suffered from over-simplified blame games. Political and economic complexities have allowed us to miss what is unavoidably clear – that this is first and foremost a moral issue. There is consistent irresponsible care of the environment, and clear violations of the most basic human rights. But this is something we can and must change.

The eyes of the world are opening, and I believe history is giving us this moment to choose a better path. Human progress moves forward when those who have a voice use it on behalf of those who do not. It moves forward when a moment is seized rather than ignored. And it most certainly moves when we decide that the profit of some must never come from the exploitation of others. I hope with all my heart that this film serves as a needed step in that progress.