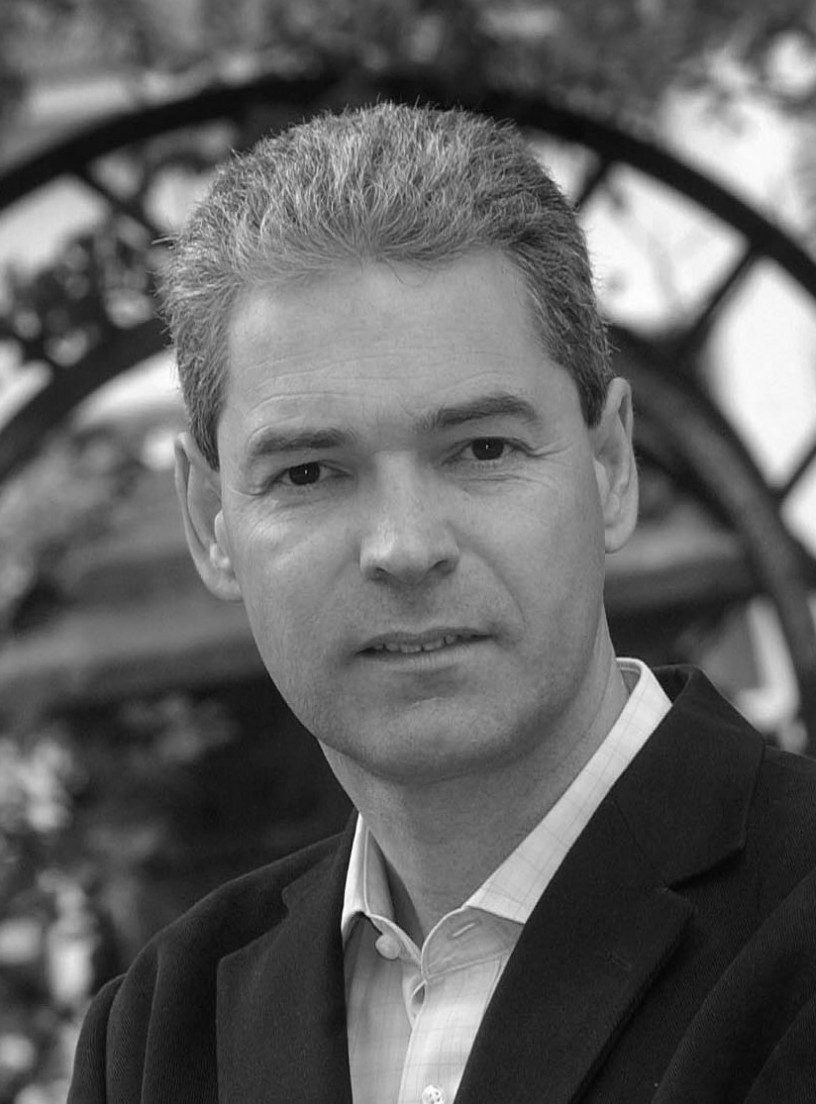 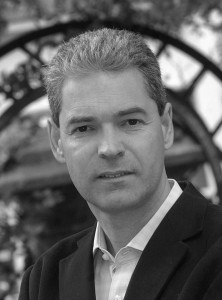 War on Want is a UK based charity that fights poverty in developing countries in partnership with grassroots organizations and people affected by globalization. They campaign against the root causes of global poverty, inequality and injustice.

What effect has globalization had in the last few decades?

I think, on a basic level, it has beaten down the barriers between countries in a way I don’t think would have been conceivable even 30 or 40 years ago. It really has drawn together parts of the world into deeply interconnected networks of production, distribution and consumption.

It has also changed people’s mentality with respect to the size of the world. People no longer bat an eyelid at the fact that they could be eating food, wearing clothes, and driving cars which have been made in very different parts of the world. I certainly think that the extent of global trade – and the almost inevitability of global trade – has been one of the key by-products of globalization. There is also the stark issue of the political economy of globalization: who has benefited, and who still has to benefit, and I think that’s one of the key issues your film raises so well.

We hear a lot about the growth and opportunity that globalization has brought about, is there another side to that?

“Globalization is not what it was sold as, instead it’s made a lot of people very rich and a huge number more very poor.”

One of the myths around globalization was that it was going to lead to massive leveling up, so that all people across the world would benefit from the rising tide. The traditional phrase is that the rising tide lifts all boats, but actually with respect to globalization, what’s happened is that there have been some people in some countries who have benefited, while the vast majority of people have been left behind.

Instead of this gradual convergence between the richest and the poorest countries, what you see is an even wider polarization. That doesn’t take away from the fact there have been one or two countries which have been very successful. China is obviously one of those where you have seen hundreds of millions of people lifted out of dire poverty. Globalization is not what it was sold as, instead it’s made a lot of people very rich and a huge number more very poor. There are certain countries which have benefited in a more middle-class type of way.

Has this shift given corporations more power?

That has been one of the central characteristics of globalization in the modern age. The big trans-national corporations that operate across the world have fought and succeeded in getting more and more power to operate free from any social, economic or environmental concerns. 50 years ago there was still a profound sense that multi-national corporations coming in to a developing country from outside were a real threat. They were seen as a major part of the problem to development because they would by and large replicate the old colonial relationships of exploitation and dispossession.

“That shifted power from people and from communities, to transnational corporations.”

Gradually in the 1970s, you saw the attempt on the part of many countries in the global south to fight back. To say, “We want to have a new international economic order which holds these companies to account and forces them, if they wish to operate in our countries, to take part in that development effort”. In the 1970s, they tried to introduce this binding code of conduct on transnational corporations at the UN. This eventually failed and was pushed out in favor of voluntary mechanisms, corporate social responsibility and other schemes that allowed transnational corporations to operate free of any of those concerns.

So how does the fashion industry fit into the power structure you’re describing?

“The fashion industry really does represent one of the purest and most far reaching, far developed forms of global capitalism.”

The fashion industry really does represent one of the purest and most far reaching, far developed forms of global capitalism because it doesn’t operate through re-localized factories belonging to the companies that sell the goods on our high streets. For example, if you think of an oil company like Shell, BP, Texaco or Chevron, they will have their own production facilities overseas and, will then with that production, sell into their own home country, or wherever they want to sell their wares. Garment companies, by contrast, have outsourced everything to suppliers in poorer countries where they are able to keep the actual production of the items at arm’s length. So what you see is much more dispersed supply chains, which operate across the world and hand enormous power to those at the top of the chain.

Those companies can dictate terms under which everything is produced, and of course because they are not operating with their own factories, they have the flexibility to move supplier at the drop of a hat. That means that they have the ultimate power through capital mobility to hold the producers to ransom, which they have done in the past with huge success. They basically said to producers in poorer countries that, “Unless you give us cheaper and cheaper factory prices year on year, we will shift to lower cost production centers.” The producer is held over a barrel. I think that’s really where fashion and the whole garment industry has shown capitalism in the raw. It really is the worst form of dog eat dog production: People are locked into relations of production which are dictated by value chains over which they have no control. 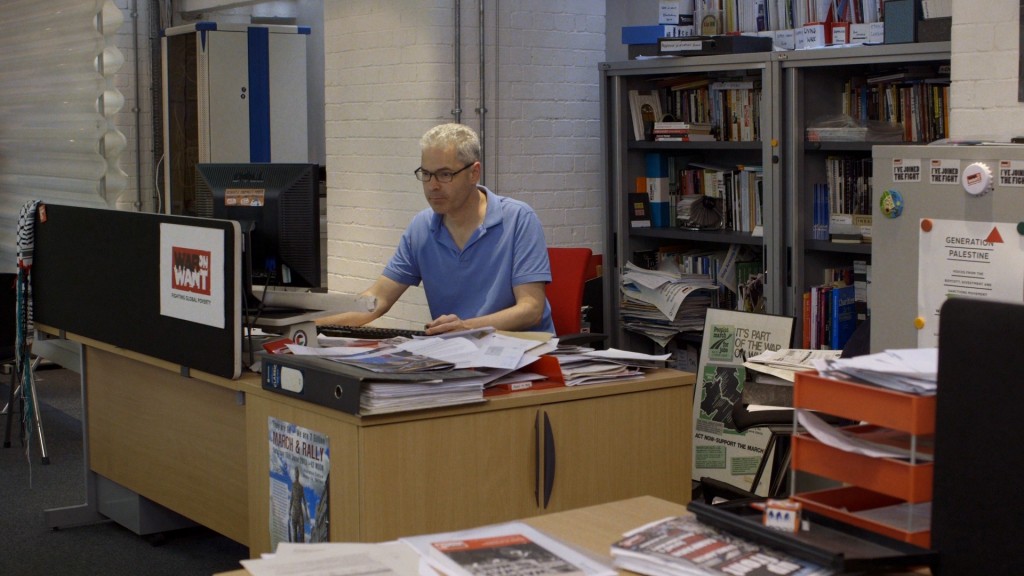 What impact does the current system of capitalism have on the health of our world?

On the one hand you have got that finite natural world which is in such grave danger. On the other hand you have a system like capitalism which has to expand in order to survive. The whole point about capitalism is that it has to keep getting more and more production in order to be able to keep from imploding into itself. So you have an unlimited drive to expansion, but also a very limited capacity to take any more. Those two things are now in severe antagonism. The impact of that, particularly in terms of climate change, is really frightening.

It looks like the de-commodification of markets so that people don’t see elements within the market economy simply as sources of profit; but also a de-commodification of labor, and of people’s lives, so we’re not just seen as disposable in the same way that everything else becomes disposable in capitalism. Then we become human beings again with rights, with needs, and also with social existence which allows for the social planning and care for those needs. I think that is a model of a world where you go beyond capitalism. It could be based on much more collective operation, co-operatives, and a real social production where you produce according to need, and you consume according to need.

I think if we could achieve that and still have that greater freedom where people can live without being condemned to being wage slaves for their whole lives, then that’s a huge liberation for the human race.

What motivates you to continue campaigning for an alternative future?

I think it’s the joy of being with other people who have got that deep belief in a better future for humanity. One of the great privileges of being in my position, and doing the job that I do, is that you get to meet so many people who are committing their lives and putting all of their energies into this struggle. That’s so inspiring and so uplifting when you see thousands of ordinary people who have no need or no particular reason for having stepped off the treadmill. Yet, they’ve done it and you can see them fighting their way to something better. I think that human spirit to go beyond just the same old awful patterns of exploitation, dispossession and environmental catastrophe is what gives me hope and inspires me to keep going.